Mandelson Is Wrong Labour Can't Survive Without The Unions

Mandelson is wrong: Labour can’t survive without the unions

Back to the future seems to be the pre-cooked consensus response to Labour’s dramatic defeat last week. To hear many party grandees tell it, all we have to do is party like it’s 1997 again.

I would like to disagree. I think it is common ground that the Labour party now needs a serious, reflective debate running in parallel with an unrushed leadership election.

For New Labour veterans the debate appears already over, however. Their prescriptions for a Labour comeback are often, although not always, wide of the mark. For example, while we hear plenty from John Reid and Peter Mandelson as to why Labour was beaten, they remain silent as to why the party lost five million votes between 1997 and 2010. Under Ed Miliband, at least the first instalment of those losses were clawed back – insufficient, but a start.

But that is where the debate should begin. This general election was a long time in the losing. Millions of people voted for parties perceived to be to Labour’s left – the SNP and the Greens. Even more voted for Ukip and in many cases they too were expressing hostility to elite economics. Yes, we need votes from the Tories – but we need more.

Nor do I accept that Labour lost because it was too “left wing”. In fact, the policy offer was not particularly radical. Radicalism would have meant taking railways back into public ownership, for example, or challenging the City’s grip on the economy. Labour didn’t lose votes by proposing to tax the wealthiest a bit more, or intervene in the housing and energy markets. It did lose support because of its muddled message on austerity. The “triple lock” budget pledge was allowed to entirely dominate Labour’s manifesto launch – surely securing not a single additional vote.

In fact, Labour had fallen for the Tories’ austerity trap much earlier. Ignoring the views of many economists, it accepted a need to balance the budget and eliminate the deficit which left them playing on Tory ground. Once this was conceded, Labour was on a hiding to nothing – no one will ever believe that they would be more reliable cutters than the Tories. So Labour was left trying to protect the victims of the Tory cuts agenda while accepting its underlying premises, also depriving itself of a coherent narrative linking together popular individual policies.

Here I agree with last weekend’s critics. Labour had no central theme, defining what it stood for. Something that could – as in 1945, 1966 and 1997 – unite working-class and middle-class voters around a vision for society. “One nation” was a promising idea but it was not pursued. Miliband was trying to take Labour in the right direction and I admire his convictions, but he did not seem to have the courage of them and was unable to get many of his own shadow cabinet on message. Some of the fights he picked were with the right people, as with Rupert Murdoch over phone hacking, and some were with the wrong ones – attacking Unite over the Falkirk selection.

So we need a strong leader with a clear message, obviously. I will not express a preference at this stage in the leadership race. But on policies, I think we have to work towards a new consensus that avoids the errors of the recent past. Take the argument about the need for Labour to be a party of “wealth creation” as well as redistribution. This should be uncontroversial – socialism was always about releasing the creative and productive capacity of people, as much as it was about welfare. I hope that any Labour politician would accept that all working people are wealth creators, not just business leaders.

A problem we face is that the New Labour model of wealth creation went bust in 2008, and nothing has been put in its place. Leave it to the market, let the City rip – these were guiding principles of New Labour’s economic policy and, whatever their merits in 1997, they are simply not credible today. What can we put in its place? Ironically, Lord Mandelson in his final stint in cabinet started pointing the way towards a more creative interventionist approach in relation to industry. A bolder approach to public involvement in economic management in key sectors should be a cornerstone of a new approach.

Or take the invocation of “aspiration”. If it means aspiring to a home or to better treatment at work, that formed part of Labour’s offer. The broader aspiration to improve one’s circumstances, and see one’s children live better still, can only be underpinned by green public sector-led economic growth – which leads us back to wealth creation. If “aspiration” and “wealth creation” are taken seriously, it should be possible to come up with a new progressive consensus around economic development which no longer relies on the finance sector and speculative bubbles. If however they are code-words for ignoring Labour’s historic role to protect the neediest, then we are in for a battle. We can see from Scotland where that might end up – another article in itself.

Trade unions can be proud of the support Unite gave Labour in the run-up to last Thursday’s vote. Without it, the situation would have been still more dismal. It is strange that Mandelson seeks to condemn our involvement in his party. All the pews in his broad church will apparently be occupied by the filthy rich. His anti-union outlook is in danger of becoming obsessive and demeans an otherwise interesting political figure. Unite will play its part in the debate ahead and – unlike the politicians – will also be the first line of defence for millions of people in work and in the communities now facing an all-out onslaught on what remains of the welfare state and a decent society.

This article first appeared in the Guardian newspaper.

Our Unite #HereForYou newsletter is emailed to members every few days to keep you up to date with what we're doing to support you during the #coronavirus pandemic Look out for it in your inbox or read issue #3 here tinyurl.com/vtnrvrm #covid19UK pic.twitter.com/7krmuH7asi

Catch #BBCPanorama’s focus tonight on low paid workers on the frontline of the #coronavirus crisis, keeping Britain going. We’re proud that so many of them are our members. They are our #UniteHeroes @BBCPanorama 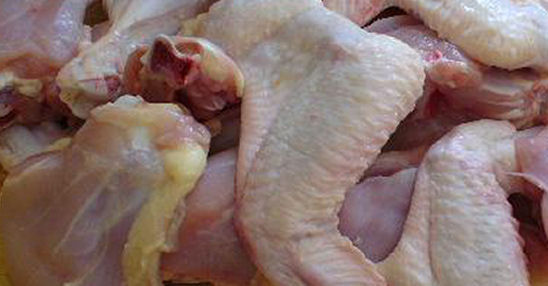