The announcement of more than 100 job losses at the headquarters of shoemaker Clarks in Somerset is a ‘bitter blow’ for staff and the local economy, Unite, the UK and Ireland’s largest union, said today (21 May 2020).

The job losses are part of a plan to cut around 700 Clarks jobs worldwide over the next 18 months, with 160 job losses announced today, including 108 at the firm’s warehouse and central offices in Street.

Unite, which represents a significant number of Clarks staff in Street and across the UK, is ‘fighting to save as many jobs as possible’ and called on the company to ensure that any job losses are voluntary and to find alternative roles for those workers who wish to remain with the firm.

Unite regional officer Gareth Lowe said: “This is a bitter blow for Clarks workers, particularly during such uncertain times. Clarks is Street's biggest employer and Somerset’s regional economy will also be dealt a heavy blow by these losses.

“Unite is fighting to save as many jobs as possible and we call on Clarks to ensure that only voluntary job losses that include generous leaving packages are carried out. Clarks should also do its utmost to find alternative roles for those staff who wish to continue working with the firm.

“We are working with Clarks to protect against further losses, with the aim of maintaining the firm’s long-term place as a major local employer.”

📺 Don't switch us off! Tomorrow 1 October join Unite retired members and @Unite_Community for a digital day of action including a Zoom rally at 11am with AGS @SteveT_Unite @jreynoldsMP The govt must fund TV licences for ALL over 75s. More details 🔽 unitetheunion.org/campaigns/save… pic.twitter.com/Q3BOH4GkyT 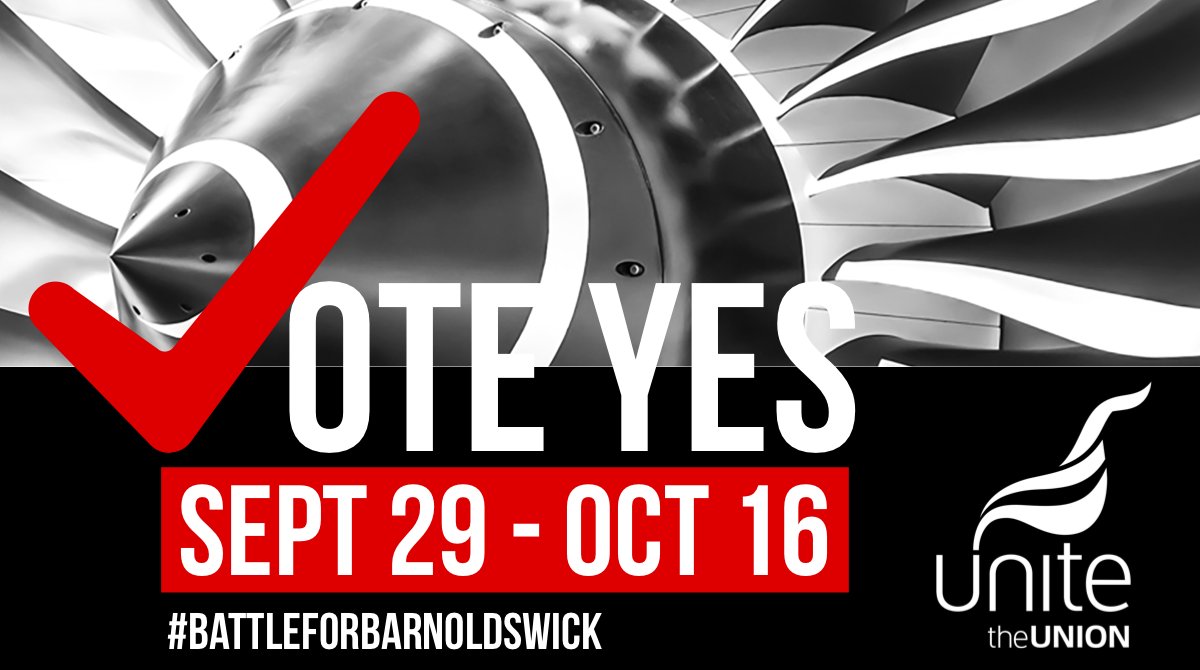 Workforce voting on strike action to save historic Rolls-Royce factory. “This site is the heart and soul of jobs in this area. The whole town is behind the campaign to keep the factory not just open but with a long term future” - Unite's @Quinny_EFC unitelive.org/rolls-royce-pl… pic.twitter.com/HPTOERRNh4

“In too many workplaces these risk factors have been exacerbated by employers neglecting to implement proper coronavirus health and safety measures, as well as refusing to provide adequate sick pay to those who need to self-isolate” - Unite's Bev Clarkson independent.co.uk/news/uk/home-n…

“It is our view that Uber has a ruthless business model that undermines safety and long-established regulations and now they have got the green light to continue operating in London which is very disappointing" - Unite's @JPKellyUnite morningstaronline.co.uk/article/b/uber…